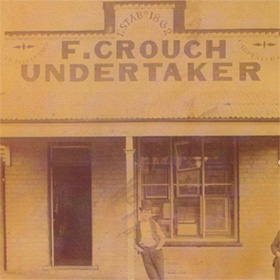 Serving the Stawell Community since 1862. Fred Crouch & Son Funeral Directors history began in 1862 and the name of Fred Crouch & Son is a name still recognised and trusted throughout Stawell & District. The business opened in 1862 on the corner of Griffith & Longfield Street Stawell by the Crouch family and they were known as carpenters and builders of furniture. As a side line in those days Fred Crouch & Son also made coffins and they were the undertakers to the miners of Pleasant Creek. 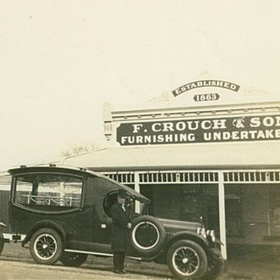 The business was established by Henry Crouch who died in 1883 leaving his then 17 year old son Frederick Joseph Crouch to run the business and support the family. The business moved from the site on the highway to our current site of 42 Main Street in the early 1900s. They transferred the old brick stable brick by brick up to Main St which is still part of the old garage facing Victoria St. Frederick Joseph Crouch died in 1944 leaving his son Kenneth Frederick Crouch to continue the family business making furniture, coffins and conducting funerals. 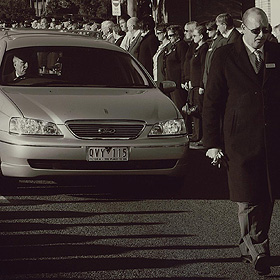 Ken Crouch continued in the business until his son took over until his early death in 1987. It was at this time the business was sold to it’s current owners Geoff & Wendy Sanderson who have continued the tradition of family service to the Stawell Community. Geoff Sanderson holds a certificate in Funeral Service IV as well as a qualification as a Embalmer with the Australian Institute of Embalmers and the American Society of Embalmers.The hall mark of the business over this long history has been it’s desire to provide quality service to the families we serve.